To order this holiday brochure for FREE delivery to your home or computer, click the GET THIS FREE button. 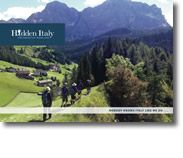 This brochure is no longer available on this website.

Hidden Italy has been organising walking tours in Italy since 1993 and was one of the pioneers of small group active tourism. Its first guided tour was based in Montalcino in southern Tuscany. Since then, Hidden Italy has taken people to many different parts of Italy, from the Lakes in the north to Sicily in the south and lots of places in between, including Liguria, Tuscany, Piedmont, Lazio, Umbria, Dolomites, Sardinia, Friuli and the Amal coast.

The idea for Hidden Italy came during the six years that Director, Simon Tancred, spent living and working in Milan in the 1980s, when, to escape the bustle and smog of that wonderful city, he went walking in the surrounding mountains, along the rivers on the Po plain or along the coastal paths of nearby Cinque Terre.

For Simon, there are still few greater pleasures than entering the walls of an ancient Italian town after a good day's walk, with the prospect of a fine meal and a warm bed in front of him. The original idea for Hidden Italy was to share this experience.

Hidden Italy has grown but its philosophy remains the same: to provide you with an enjoyable, hassle free holiday that will give you a genuine insight into this fascinating country.

Hidden Italy is based in Sydney, Australia, and its operational manager is based in its Italian office in Florence, Tuscany.

Some Of The Things That Make Hidden Italy Different 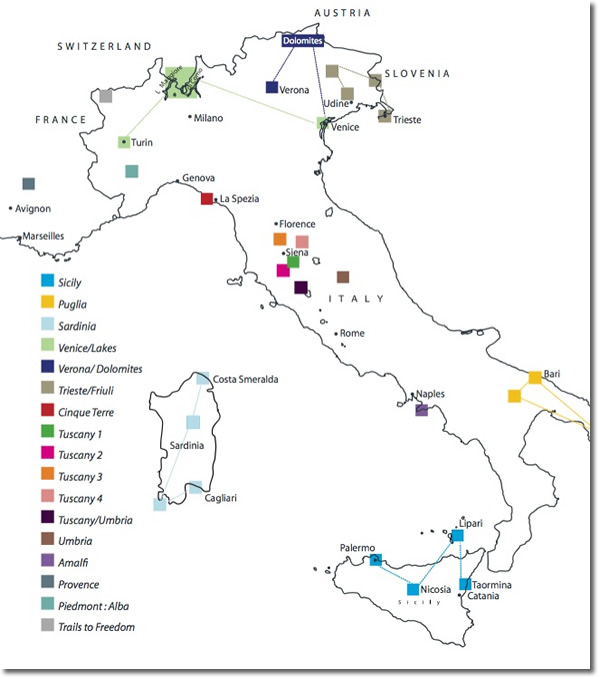 People who ordered Hidden Italy Walking Tours also ordered the free travel brochures below. Click on the images to find out more about these brochures.